Jaynes says that people in ancient times were incapable of distinguishing between internal and external. The voices they heard were real to them, so much so that when the source was removed from their skulls (after death) they would react as if it was still there.

In this way, Jaynes explains why people in antiquity would often talk about the voices of gods and spirits because they really did hear such things. People could not distinguish between what was internal and external.

Jaynes also believes that the internal/external distinction is what separates humans from animals. Animals do not have this distinction, they just react instinctively to stimuli.

Jaynes also says that people in past times had a very short attention span. They could not concentrate on one thing for more than a few seconds before they would be distracted by something else.

I agree with Jaynes on these points. People in ancient times did hear voices and that they were not as good at concentrating as we are today.

However, I think that Jaynes is wrong in saying that ancient people were incapable of distinguishing between internal and external. This is evidenced by the fact that they could identify their gods.

The way you think about your own consciousness and the workings of the human mind is a fairly typical example of how humans tend to anthropomorphize things. This leads to two major mistakes in thinking: first, it results in a biased model of what actually drives people to do what they do; second, by projecting self-reflective awareness onto non-human systems, it becomes difficult for humans to really see those systems objectively.

Let me explain. Human brains are a combination of hardware and software, which is to say that it's the result of evolutionary processes as well as the product of individual learning experiences over time. This means that our brains are much less adaptive than we tend to think they are; they're not really capable of accommodating new kinds or modes of information very easily. They can't change their minds about stuff.

A good example of this is the human approach to religion. Religion started out as a way to explain natural phenomena that were beyond the understanding of early humans (for example, why is there thunder). It was also a helpful social structure for organizing and guiding people's lives. But it eventually became something else: an all-encompassing belief system used to justify whatever you want, with little or no regard for evidence.

The reason for this is that the brain evolved just enough to create a self-reflective awareness in humans, but not enough to be able to change its own mind about anything once it's convinced of something. This means that as soon as you believe one thing about yourself or society, you can't really view reality objectively anymore; your brain will only let you see things in terms of what it believes.

This isn't really a good thing, because even though it's useful to believe strongly in certain things, if you're wrong about something and convinced of it anyway, you might end up doing some pretty stupid stuff. You might do this out of self-righteousness or pride.

Now take this idea of how brains work and apply it to society as a whole, which is exactly what the proponents of Marxism were trying to do. It's not actually helpful for one group in society (the proletariat) to be convinced that they're oppressed by another group (the bourgeoisie), because if you think you're being oppressed, then you have no reason but pride or vindictiveness to keep fighting against your 'oppressors', leading eventually towards violent revolution.

Human consciousness is a fascinating topic. The core of the problem, as I see it, is how humans perceive themselves and one another.

I see a problem with the perception of another person's consciousness. How do we know if that other person knows what they are doing? Even more interesting is how humans perceive themselves.

Do I know what I am doing? What does it mean to be conscious in a universe that is not human-centric?

How do I observe my consciousness? Does the act of observing change what is being observed?

The nature of consciousness is complex and at times, paradoxical. However, this does not mean that it cannot be understood. 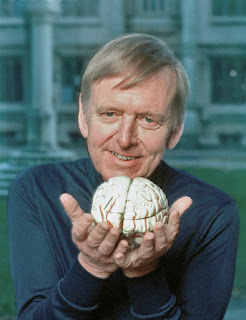 When I observe my own consciousness, I see that it is both complex and simple.

The human mind is a complex system. It is capable of both consciousness, and rationality. Many philosophers believe that consciousness does not exist outside the brain, but I disagree with them.

Human consciousness, to me, is just a concept. It cannot be observed or measured. I am aware of my own consciousness; humans are not.

I'm not saying that consciousness is unreal. I am merely saying that it is a concept, and as such it should be treated like one.

Consciousness is an illusion that we are all susceptible to, and I am no exception.

The human brain is a system that can be modeled. It has inputs and outputs. Inputs are sensory stimuli, and the outputs are behavior.

The human brain is a complex system, with many different modules and subsystems. Consciousness is an emergent property of this system.

Historically, the problem of consciousness is an old one. It has been studied by many great thinkers from ancient times to modern days, but perhaps none more famously than Julian Jaynes in his book The Origin of Consciousness in the Breakdown of the Bicameral Mind.

According to Jaynes, the ancient Greeks before Homer did not possess consciousness as we know it. Instead, they had a mode of cognition which he called the bicameral mind.

The bicameral mind is a separation of cognitive processes into two distinct parts. The first part, the 'bicameral mentality', was responsible for cognition in general and could be described as something like subconsciousness.

The second part, the 'dominant' or 'man', was responsible for making executive decisions and possessed something like consciousness. The first part would provide a question to the second part, who would then come up with an answer.

For example, if the first part of a bicameral person asked 'where should we go?' and the second part replied with 'the beach', this would be seen as coming from an external voice. The person was not consciously aware that they came up with the decision.

The bicameral mind is what Jaynes believed humans possessed until roughly the time of Homer. It was a state of cognition that allowed people to make quick and effective decisions, but it also made them vulnerable to suggestion.