Valentinian Gnosticism is an ancient school of thought that was first promoted by the gnostic Valentinus. The name 'Valentinian' comes from its founder, Valentinus (110-160), who studied under another famous gnostic, Basilides.

Valentinian Gnosticism teaches that the material world is not a creation of God, but rather is an illusion created by the Demiurge. The Demiurge, according to Valentinians, was a lesser angel who became so proud of his work that he believed himself to be equal with God.

The material world was created by the Demiurge, and is not a pure creation of God. As such, Valentinians rejected materialism.

Valentinians, in fact, rejected all forms of henotheism, which is the worship of one God over another. They believed that there was only One True God who existed before creation.

According to Valentinians, God sent an Archangel named Christos to help Sophia when she fell from grace. Sophia was the daughter of God who became trapped in matter.

Christos was a lesser angel who helped Sophia. However, Christos was so beautiful that he himself fell in love with Sophia and eventually they had children.

In general, Valentinian Gnosticism has a very specific idea of the human body. It's not just that it is an encasement for the soul; rather, bodies are considered to be evil and fallen entities. In fact, it might be fair to say that the flesh itself is even seen as being "alien" or "other" in some sense.

The concept of Sophia (Wisdom) is very important. The Valentinians are Monophysite Christians, in that they believe that Christ had only one nature: divine. This seems to have been a rejection of the Chalcedonian Creed, which declares that Jesus Christ has two natures: human and divine.

Christ is also seen as being the wisdom of God, just as Sophia was. Indeed, one can see here a hint of Gnosticism in that Christ is not only divine but also a personification of Wisdom itself.

According to Valentinianism, Sophia is the mother of all spiritual beings and hence Jesus Christ. She is also said to be an aeon who emanated from God (the Monad). However, she then fell into matter and became trapped within it.

The idea of the 'fallen Sophia' seems to be related to Manichaeism, which also has a concept similar to this. In fact, Valentinian Gnosticism is often held up as one of the main examples of pre-Christian Gnosticism.

In any event, the Valentinians believe that Sophia's fall into matter was not a complete plunge but rather part of a gradual descent. This is why they see human beings as being neither completely good nor bad..

I have read some of their scriptures, and they speak not only of a Supreme God, but also of an evil god called the demiurge. According to them, matter was created by this evil being.

The Valentinians believed the Supreme God was too good to have anything to do with evil, so he stayed high above everything.

As I said, their beliefs are strange. They believed that the demiurge created a world of matter and then created human beings as mere slaves to work for him in this world.

They believed that the demiurge made humans male and female, but he did not create them equal. Men were created as slaves of the demiurge for having been seduced by matter.

The Valentinians (and other Gnostic sects) believed that women were not seduced by matter, and thus they should be free of the yoke of slavery created by the demiurge. They saw all men as essentially slaves to their own lustful nature.

So, Valentinian Gnosticism was a religious movement that flourished in the Roman Empire during the 2nd century CE. The followers of this religion were called Valentinians after its founder Valentinus (c. 100 to c. 160), who was probably born in Egypt and died around 170.

The Valentinians believed that the divine realm originated from a Monad called Bythos or Depth (Greek), which is beyond all being, unknowable and indescribable. He was considered to be the first emanation of God.

In my view, the Valentinian Gnostics were in a sense prophets. They prophesied what would happen if we do not heed their message. In particular I am referring to their belief that one must escape the physical realm entirely in order to reach true divinity and return again from there to rejoin with all of humanity.

At the very core of Valentinian Gnosticism is the belief that our physical form is a prison and that we must escape it in order to truly become divine. The highest God, whom they called 'the father' (as opposed to Jesus who was referred to as 'the son') remained forever outside this physical realm. He created it but he did not live there.

Humans were stuck here. They had to escape from this physical realm in order to reach true divinity and return again from there to rejoin with all of humanity.

The Valentinian Gnostics believed that this physical realm was created by a lower God whom they referred to as 'the demiurge'. The demiurge was very powerful. He had the ability to create space and time itself.

But the demiurge was not a true God. He did not create or live in perfect unity with the highest God, whom they referred to as 'the father'. The father remained forever outside this physical realm. In his infinite love for all of humanity he created it and then sent his son ('Jesus') inside this world.

The Valentinian Gnostics believed that the demiurge created this physical realm with a flaw. Physical matter was inherently evil and in order to reach divinity one had to escape from it entirely.

Valentinus taught that the world is an illusion, created by a Demiurge who has kept us in ignorance of our true divine nature. The purpose of Valentinian gnosis is to awaken one from the illusion and return to God, where we belong.

The Valentinians taught that the Creator is ignorant of our true nature, in spite of trying to deceive us into believing it knows who we are.

The Valentinians are, in large part, responsible for the doctrine of apokatastasis (the eventual redemption of all things), and they also had a theory as to how this may eventually come about. They believed that earth is an 'alienated' state which we have been tricked into accepting through a cosmic error ('fall').

In the Gnostic creation myth, Sophia (literally 'wisdom'), the divine mother of all living things, emanates from the Supreme Being and creates an order that is reflected in Pleroma. It is here that human souls are trapped by a jealous Demiurge.

The Valentinians believe that the Pleroma can only be reached by a mystical return, and every human being has the potential to achieve this.

The Valentinians were the first to teach that knowledge was necessary for salvation. They believed in a divine spark within us, which can be awakened with gnosis.

On Valentinian Gnosticism, according to a paper from the Harvard Theological Review, it is also called 'Christian Gnosticism' and was 'a movement which flourished in Alexandria between AD 140 and 360.' It has been described as one of the most important Christian heresies.

The Valentinians were strictly anti-materialist and therefore rejected the incarnation of Christ. They believed that he came into being to serve as a redeemer.

The Valentinians believed that 'matter was inherently evil and that all matter, even the flesh of Christ, had been created by an inferior god known as Samael. As a result, salvation could be achieved only through the negation of this material world.

Valentinians also believed that there was a heavenly man who had 'descended' into the world. The spirit of this man then entered Jesus as he was being baptized by John.

They also believed that the Gospel of John was filled with 'mystical truths' and that its author, John, had been a member of their sect.

Valentinians also believed that the soul was continually being attacked by evil spirits. Therefore, they fasted as a means of protection.

The Valentinan Gnostics were a Christian sect that believed in reincarnation. They also believed in the "redemption" of matter, which was considered evil by other Christians.

This is an interesting concept, as it shows the human fascination with "the material world", even though humans find themselves in a rather hostile environment.

There are two parts to the Valentinian message: a "secret" (hidden) and an "open", which applied different meanings to some of their symbols.

These symbols were entirely allegorical, as Christianity was not considered a literal religion.

The Valentinian Gnostics believed that Jesus was a "spiritual savior", and not a physical one.

We can observe that this type of thinking led to the idea of "trinity", as Jesus was both a spirit and physical.

Valentinian Gnostics predicted that when the human mind discovers the truth about reality, it will free itself from its prison of darkness. In other words, as human knowledge increases and becomes more accurate we become freer to express ourselves in ways that are natural for us.

In the Gnostic view, knowledge is a kind of freedom. In fact, if I understand this quote correctly: "As above so below", which means that higher knowledge allows us to be freer in our earthly existence.

If we take this idea one step further, and say that the limit of human knowledge is the limit of freedom on earth, then it follows that as our understanding increases so will our earthly freedoms.

In sum, it seems that the Gnostics believed that once humans discover reality and become free to express themselves freely they will use this freedom in a positive way. As a result of their efforts human civilization will improve.

The Valentinians were an early Christian sect who, despite being a minority within the new religion, had a significant impact on its development. Their influence can be seen in both Gnosticism and Christianity as we know them today.

There are two types of Valentinian Gnostics. The earlier, 'orthodox' Valentinians were to some degree considered heretical by the later members of their group. These early thinkers focused on the role of Sophia (figuratively understood as Wisdom), and believed that she was present in all people's souls. They maintained a strong belief in reincarnation, which was discouraged by other Christian sects.

The later Valentinians were primarily concerned with the figure of Christ, and specifically how he could be understood as having both a divine and human nature. This group had less influence on early Christianity than their earlier counterparts, but they also produced some of the more interesting works in Christian theology.

For more information enroll in our mystery school Here 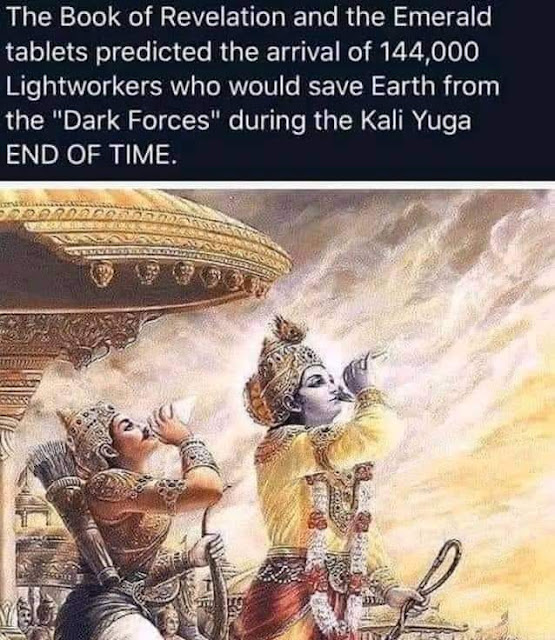