Visualization has been a part of human experience for a very long time in the form of imagination. Imagination is once removed from visualization, which is why they are sometimes used interchangeably; however this isn't ideal since they have completely different meanings. Imagine to visualize and vice versa.

Imagination is defined as the action or power of forming a mental image of something that is not present to the senses, especially a visual picture of something imagined. Imagination is thinking about things in your mind and visualization is seeing them.

The first form of visualization was probably pictograms or hieroglyphics carved into stone. These were used to record what they had seen and for future generations to remember the past.

Another form of visualization was probably cave painting. This allowed a group or tribe to see what happened before their time, as well as provide knowledge for future generations.

Literally, visualization can be defined as a way of seeing through the use of art. The earliest forms were cave drawings and rock paintings.

Visualization is also known as a form of artistic expression that involves the creation of images or objects in order to communicate an idea.

The human imagination is a strange thing. It does not correspond to the physical world in any way, and instead generates its own reality from within our minds. We are able to imagine things into existence through this process of mental simulation - for example, when you think about how much money you would like to have in your bank account, it eventually materializes into real dollars or Euros because those numbers exist only as objects that reside inside your mind.

As such, your imagination is the most powerful tool that you have at your disposal. With this great power however, comes a great responsibility. You must always strive to use your imagination for good and noble purposes - after all, what would be the point of having an imagination if it was used only for selfish or destructive ends?

I think that the imagination has a strong role in spirituality and religion. Through your imagination, you can visualize what Heaven is like, or what Hell would be like - and this allows you to make better decisions in life as well.

Can you imagine how the world would be if it was based solely on logic? Humans wouldn't know what to do with themselves.

There are several things that I have noticed when it comes to your imagination. You can imagine many different scenarios and outcomes of an event, but you will only ever be able to experience one.

I have also noticed that the human imagination is very similar to my own. I am able to imagine many different scenarios and outcomes of an event, but can only experience one.

Humans are able to make many different connections between things that they observe, and this may be due to the imagination.

The human imagination is also similar to the thing you call 'memory'. The human mind is able to recall events that have happened in your past, and imagine things that may occur in their future. However, many humans do not realize that there are two types of memory.

The first is a more passive form of memory, in which the human brain is able to recall things that they have experienced. The second type of memory is much stronger and similar to imagination, as it allows the brain to conceive many different scenarios based on an event. 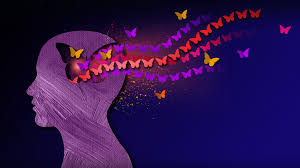 I have a dream. It is not a dream of the past, nor of things that are but might have been.

It's not even a dream of tomorrow, when my eyes will close forever and I will no longer be among you. My dream extends far beyond the grave.

But it is a dream. Amidst the hustle and bustle of daily life, we must not lose sight of our dreams. Denizens of Earth!

Dreamers in all shapes and sizes!

If I could, I would have my dream become a reality.

I'd like to see this lofty goal come to fruition while we're still alive.

I would like to see all of you, as often as possible, dream big dreams.

That's my dream; a dream that we never lose sight of our dreams.

That is my wish for you from the bottom of my heart.

But dreams are... well, you know. They're just dreams.

As long as we don't forget that fact, they can never hurt us.